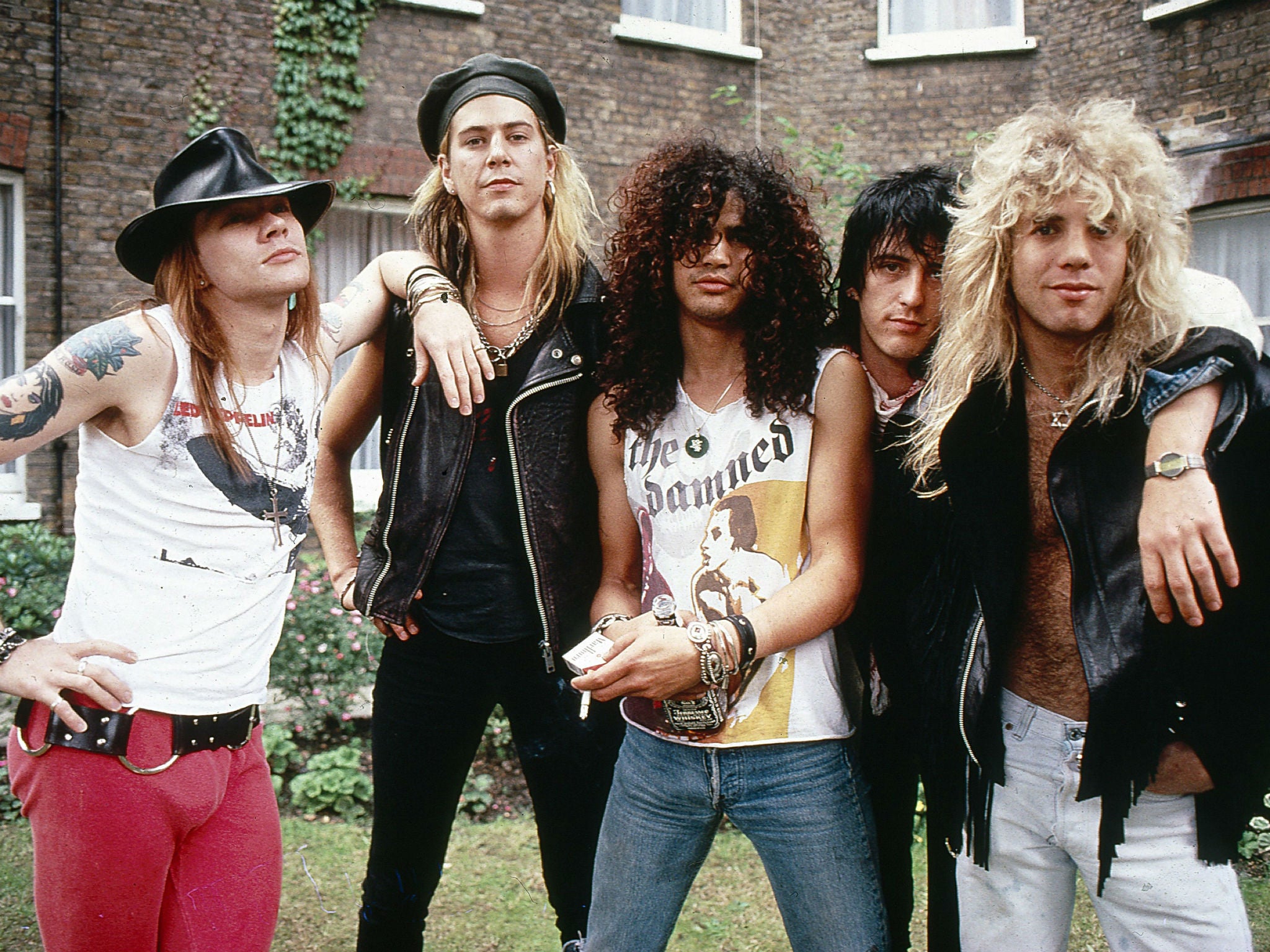 The Headlines: //
Some estates harvest in strict accordance with the correct physiological ripeness. Maverick winemaker Adi Badenhorst prefers “psychological ripeness”; when the timing “just feels right”.
The result is a fresh, elegant Shiraz-fronted red blend with herbal and spice aromatics, fine grapeskin tannins, and exquisitely pronounced laser-like red fruit acidity. At its core, the wine holds juicy red cherries, currants, and red plum fruit, finished off with delicate hints of pepper & cloves. An exquisite example of just how elegant and refined a shiraz blend can be.

The man, the mystery, the boerewors

Adi Badenhorst is a visual mélange of Old Testament Abrahamic beardy majesty and a skater from Tableview. But one very soon realizes that his conflicting visual cues are simply a premonition of the multiple contradictions that this winemaking legend embodies. When speaking publically, he mixes his penchant for profanity with regular religious references (he makes wine that are like sermons – they “comfort the disturbed, and disturb the comfortable”) and, most noticeably, he is relentlessly self-effacing, while clearly carrying the sort of charisma that has his audiences hanging on his every word. When asked what his wines pair well with, he replies, “Shit, I don’t know. But they taste bloody lekker with boerewors.”
It’s really hard not to like him.

Vegans are, by and large, pretty down on the human race. Humans are all idiots who messed up the planet. Humans drink milk, even though they are most certainly not baby cows. And humans think they’re clever but are almost always doing something that will inevitably lead to their extinction.

So… the big question is:

How does a man, who wakes up at 5am to eat boerewors with fellow Swartland legend Eben Sadie, make wines that are perfectly suited to impress a disdainful vegan? Well, quite simply, by embodying all of those elements into a wine that still manages to pair well with boerewors (just because she’s vegan, doesn’t mean you have to be):

So however disdainful one may be of the human race, one has to believe in second chances, and Kalmoesfontein, (and the wines that have brought Adi international acclaim and rave reviews from half of the world’s leading wine critics) is a tangible piece of evidence to support this. While vegans may exhibit a tough exterior, they really just hanker after genuine hope for the future of the planet, and Adi’s wines are a delightful combination of sensory bliss and ideological uncle banana which may or may not set you in good stead for a glorious evening of soul connection with any vegan worth his or her biodynamic salt.

TLDR: Who cares what it costs? This is discernment, dominance, desire, and alliteration. In a bottle. //
Quality: 19/20
Price: Current vintage (2013) R385 – R450 (as of September 2016) //
Value: kinda irrelevant (but compared to other wines in this price bracket…this is stellar value) //
Ponce factor: Stratospheric //
Occasion: Dinner with the firm’s partners //
Key words:  Concours Mondial Bruxelles, Wine Spectator Top 100//
Vivino rating //

Blend: roughly 60% Cab Sauv, 30% Shiraz, 10% Merlot
This is like Lincoln, Mandela & Thatcher pressed and distilled into a bottle of pure authority. An enormous wine that is simultaneously imposing and seductive.
Vanguard aromas carry black olives, oak, plums, cassis, and dried violets, leading onto a heavy rounded palate of ripe plums and cassis set against glorious black cherry acidity.
Pepper emerges on the tail, accompanied by gloriously well-integrated tannins and a marachino cherry tail that lingers for days.
If the sheer joy of drinking it is not enough, it has more than its fair share of bragging rights:
1. 93 points from Wine Spectator
2. Position 78 on Wine Spectator’s Top 100 for 2012
3. Concour Mondial Bruxelles Gold Medal

There are times where the joy of a wine is purely sensory, and then there are those times, where half the joy it to be attained outside the bottle. This wine is the latter.
Not only does it comes from an estate with over 300 years of winemaking history behind it, but Rust en Vrede has been established over the years as one of the most lauded South African estates on the International stage. Not only has their Estate blend garnered silverware from Concours Mondial Bruxelles, and given Rust-en-Vrede their fifth appearance in the esteemed Wine Spectator‘s Top 100 list, but R&V’s Single Vineyard Cab Sauvs & Single Vineyard Syrahs are no strangers to the upper Echelons of the Wine Spectator scoring system, or Platters 5-star status either.
In short, Rust en Vrede did not simply produce a superb wine in their Estate Blend 2008, but have proven time and time again, that they are a truly world class vineyard. They were Nelson Mandela’s choice of wine at his Nobel Peace Prize-giving dinner; they produced the first South African wine to be listed in the Top 100 wines of the world; and the proceeded to repeat that feat for the next four consecutive vintages. I don’t often gush like a Taylor Swift fan on Grammy night, but when I do, it’s usually because of an overwhelming sense of national pride, not unlike this wave, brought on by the genius of a team like the one lead by Jean Engelbrecht and Coenie Snyman.

Don’t even say the word “Rubicon”.

But let’s just pause for a second. Because whenever making claims of this grandeur about a South African wine, there will always be a reprobate, usually just having returned from the can, where he most certainly did not wash his hands, who will say, “Yeah, but nothing can touch the rubicon.”
Now, there are no doubt a number of contenders who could stand shoulder-to-shoulder with this beauty – Groot Constantia’s Gouverneurs Reserve; Costantia Glen’s Five; Warwick’s Trilogy, Rustenburg’s Peter Barlow… But Meerlust’s Rubicon is not one of them.
Admittedly I feel like the lady doth protest too much on this matter (“the lady” being me in this case), but I only do so, because it is almost a certainty that any one of your dinner companions, who realises that he has been properly wet-willied by your magnificently tasteful wine choice will (no doubt) try to invoke the power of this status totem by saying something vulgar like, “Oh, now I wish I’d brought the Rubicon that I left in my gym bag.”
When this happens, don’t get violent, as would be fitting, but rather just suggest that it’s best that he let it rest for a few more years. It is a commonly known fact that Rubicons are universally and perpetually “going to be magnificent in a a decade or so.” They’re life retirement annuities for vampires. Far more valuable when unrealised.

Don’t take my word for it

In contrast to a lot of wine in the R300+ bracket, this wine performs remarkably well in blind tastings, and is superb value despite it being priced where it is. But rather than have to endure any more of me frothing uncontrollably about it, why not slip a bottle into your next red blend blind tasting and see for yourself. To really test value, you’ll want to have wines from a range of price points…and just for good measure, include a Rubicon from the same vintage and decide the matter for yourself 😉